King Alexander's Lower Standards For LSU Are Already In Court 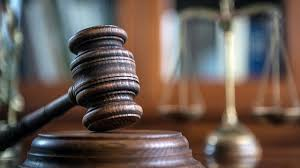 LSU is not the plaintiff currently, but the trial currently underway involving Harvard University's "Holistic Admissions" procedures reveals the future if Alexander is not stopped. It is guaranteed that LSU will suffer such a suit if King Alexander's admitted violation of Board of Regents minimum standards is allowed to stand. By violating the minimum objective standards for the school that has been designated as our Flagship, Alexander guarantees LSU a future court date. It is true that admissions suits could occur with objective standards in place. However, by removing objective standards and transparency from LSU admissions, King Alexander leaves LSU with no grounds to defend itself. If the admissions decisions do not have an objective baseline minimum, every decision can be challenged as biased. If Alexander admits a class this year this year that also violates Board of Regents standards, anyone will be able to challenge it as unfair. LSU will have only the opinions of admissions officials and not objective standards to justify their admissions decisions.

The Harvard case has exposed bias and discrimination in Harvard's "Holistic Admissions". In a 2013 email, a former dean wrote to an admissions official and thanked him for his help getting students connected to major donors into the school: “[Redacted] and [redacted] are all big wins. [Redacted] has already committed to a building,” the former dean wrote. Harvard's use of completely subjective evaluations for items including  "grit" and "humor" in admitting students has shown to facilitate racial bias.

The progress LSU made in attracting and retaining faculty, attracting research grants, and other aspects of flagship status has declined as Alexander has emphasized revenue from increased fees and larger classes. Faculty needed to continue to make LSU the research and economic driver it became are now leaving and not being replaced. In a recent conversation with a current LSU student I was told "I was really concerned about my resume getting into LSU, but now that we are here students realize King Alexander is just about getting numbers in to pay the higher fees. It's a money grab from kids and families." This is not what the Flagship is supposed to be. In contrast, the University of Alabama has utilized its success on the football field in recent years to build a research infrastructure, recruit recruit top faculty, and now is taking many of the best and brightest students from Louisiana to support the technology and aerospace economy Alabama is building. Any parent or grandparent of an academically excellent high school junior or senior in Louisiana is aware and dismayed by what is happening in regard to Louisiana students that we need to build a bright future for Louisiana. At the recent college admissions fair in Baton Rouge the line of top students in front of the University of Alabama booth exceeded any other. Many of our best and brightest that would be inclined to attend LSU are leaving for the University of Alabama. We will detail the reasons for that in a couple days.

We have received thousands of emails at the www.PutLouisianaFirst.com website in support of our efforts on this issue and many from prominent individuals in our great state. It all began when those designated to oversee higher education, the Board of Regents, found out about Alexander's violations for the first time in a newspaper article the day of the LSU Miami game. We have also been approached with personal support from scores of you at events. We have been made aware that a planned gift of several million dollars from a well known donor to capital improvement at LSU has been cancelled as a result of Alexander's actions. An audit is approved to begin this December, but without public actions from those of you who have privately expressed your opposition to Alexander's violations, they won't be stopped. For our part, in the days ahead we will detail the history of the admissions reforms that resulted in what has been described as the golden age for LSU, how these reforms developed LSU as a true flagship and economic engine, how the school has declined in key categories under the current administration, and what actions could secure LSU for the future. If others do not join us publicly to end the damage to LSU, we hope this information will serve as a baseline to use to make LSU the true Flagship and research and economic powerhouse that Louisiana needs it to be at some point in the future. It is our hope and prayer that others will chose to join us publicly and end the damage to our LSU that we all love and need to be a driver of future prosperity.