Despite the attacks of the special interests we have seen some real progress in Louisiana in 2018. It's because We The People of Louisiana let our voices be heard. We demanded that our leaders Put Louisiana First and do the right thing for us regardless of party or who proposes an idea. It's just a beginning, but we can demand government and leadership that will Put Louisiana First.

When we began our effort together to restore the original unanimous jury system to Louisiana, a leading Louisiana Republican statewide official opposed it. The jury system had been altered during the shameful Jim Crow era in a way that placed us alone in America. We asked you to make your voices heard, and you were so loud that by election day his position changed to "no comment". Together, we overwhelmingly restored the unanimous jury system to our state.
Thousands of you have supported our efforts to increase participation in post secondary education and training. This is a key to all our prosperity. Our Louisiana Board of Regents led by chair Marty Chabert is now developing legislation to do just that in the next legislative session. 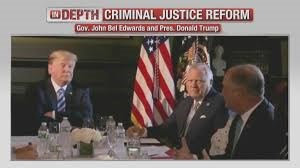 You supported our Governor John Bel Edwards' work with President Trump to reform criminal justice in our state and nation. With your support, Senator Bill Cassidy and Laura Cassidy then placed key provisions in the plan that will turn offenders in Louisiana into tax payers. 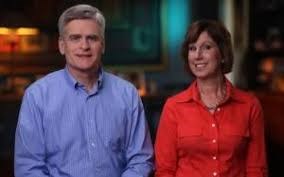 As a young man in my twenties I campaigned for Republican Richard Nixon. After the election I served as a young military aide during the administration of Democrat President John Kennedy who told us to "Ask not what your country can do for you. Ask what you can do for your country." It was expected and understood that elected officials would put the people they served over party or special interests. Together we have taken the first steps to demanding that in Louisiana. In 2019 we must join together to confront any official or special interest standing in the way of prosperity and reform. Together we must demand a Louisiana where officials Put Louisiana First in order for Louisiana to compete and prosper in America and the world. We are looking forward to working with you on that in 2019. Forward to this a friend and ask them to sign up for email updates at www.PutLouisianaFirst.com and follow us on Facebook.